The Astronomical Society “Leo Brenner” was founded in 1994 in a very significant time just about the 100th anniversary of The Observatory “Manora” founded by Leo Brenner (Spiridion Gopčević) in 1893/1894 in Mali Lošinj (Croatia).

The Society was founded after a few years of great efforts made by Valter Martinolić who started astronomy classes in the elementary school in Mali Lošinj in 1987 and who became the first president of the Society.

The main activities of the Society are: 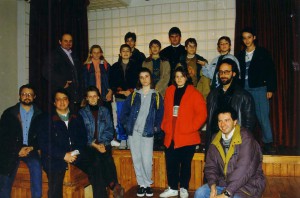